A thunderstorm, also known as electrical storm, lightning storm, or thundershower, is a characterized by the presence of lightning and its acoustic effect on the Earth's atmosphere, known as thunder. Thunderstorms occur in association with a type of cloud known as a cumulonimbus. They are usually accompanied by strong winds, heavy rain, and sometimes snow, sleet, hail, or, in contrast, no precipitation at all. Thunderstorms may line up in a series or become a rainband, known as a squall line. Strong or severe thunderstorms, known as supercells, rotate as do cyclones. While most thunderstorms move with the mean wind flow through the layer of the troposphere that they occupy, vertical wind shear sometimes causes a deviation in their course at a right angle to the wind shear direction. 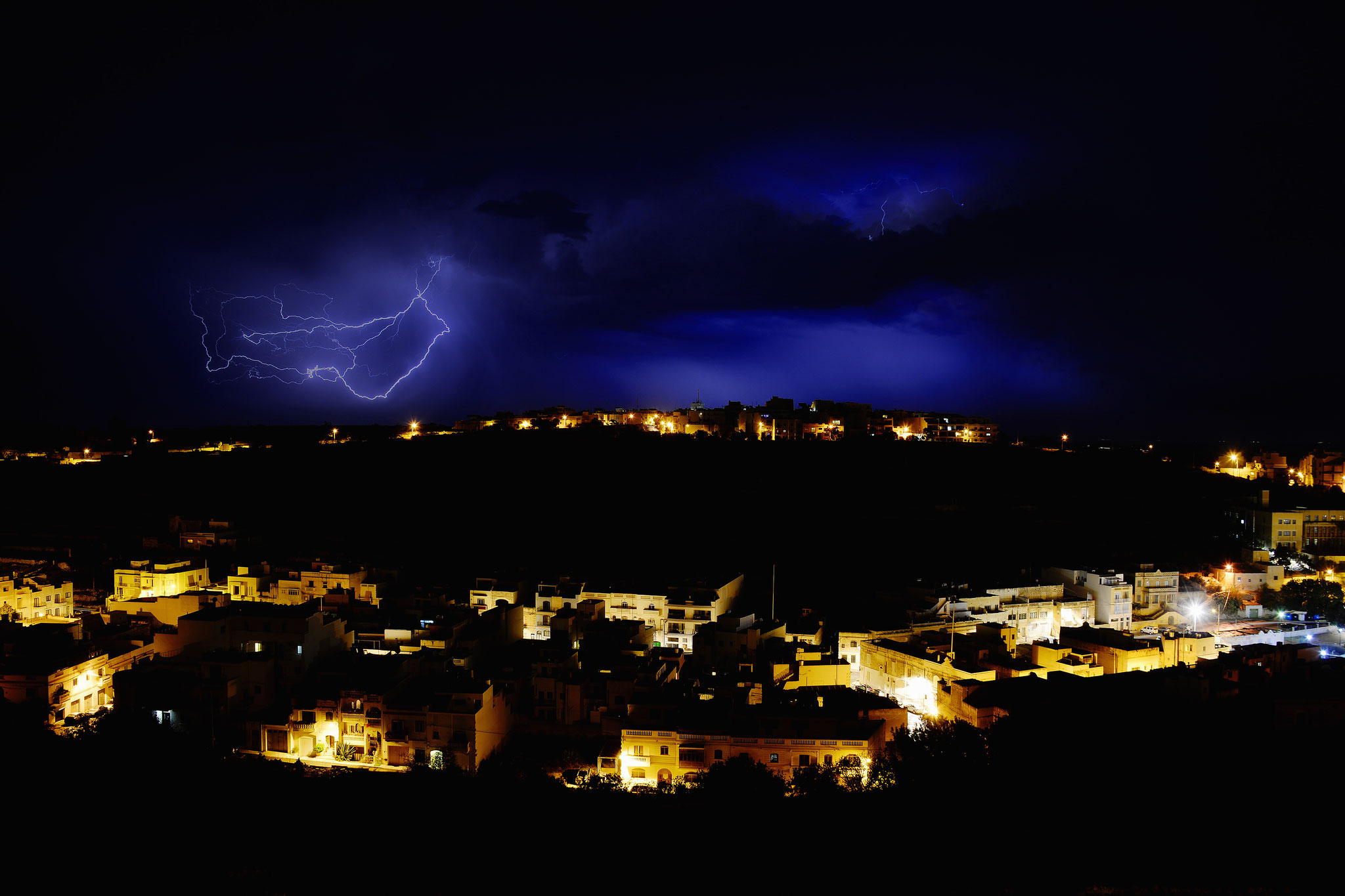