Tiger and Turtle Landmark at Duisburg

Tiger and Turtle, also known as Magic Mountain is a landmark at the Heinrich-Hildebrand-Höhe in Duisburg-Angerhausen (Angerpark/ Nordrhein-Westfalen/ Germany). This rollercoaster lookalike landmark was designed by Heike Mutter and Ulrich Genth as part of the "Ruhr.2010 - Kulturhauptstadt Europas" campaign.  Tiger and Turtle was ranked as No.5  on "The Huffington Post's list of Most Extreme Staircases". (http://tigerandturtle.duisburg.de)

"Ruhr.2010 – Kulturhauptstadt Europas" was the name of the campaign in Germany's Ruhr region that earned it recognition as a European Capital of Culture in 2010. This was the first time a region was considered, as Essen represented all 53 towns in the region in the application. Other cultural capitals were in the same year the Hungarian Pécs (Pécs2010) and Istanbul in Turkey, where similar campaigns were held. 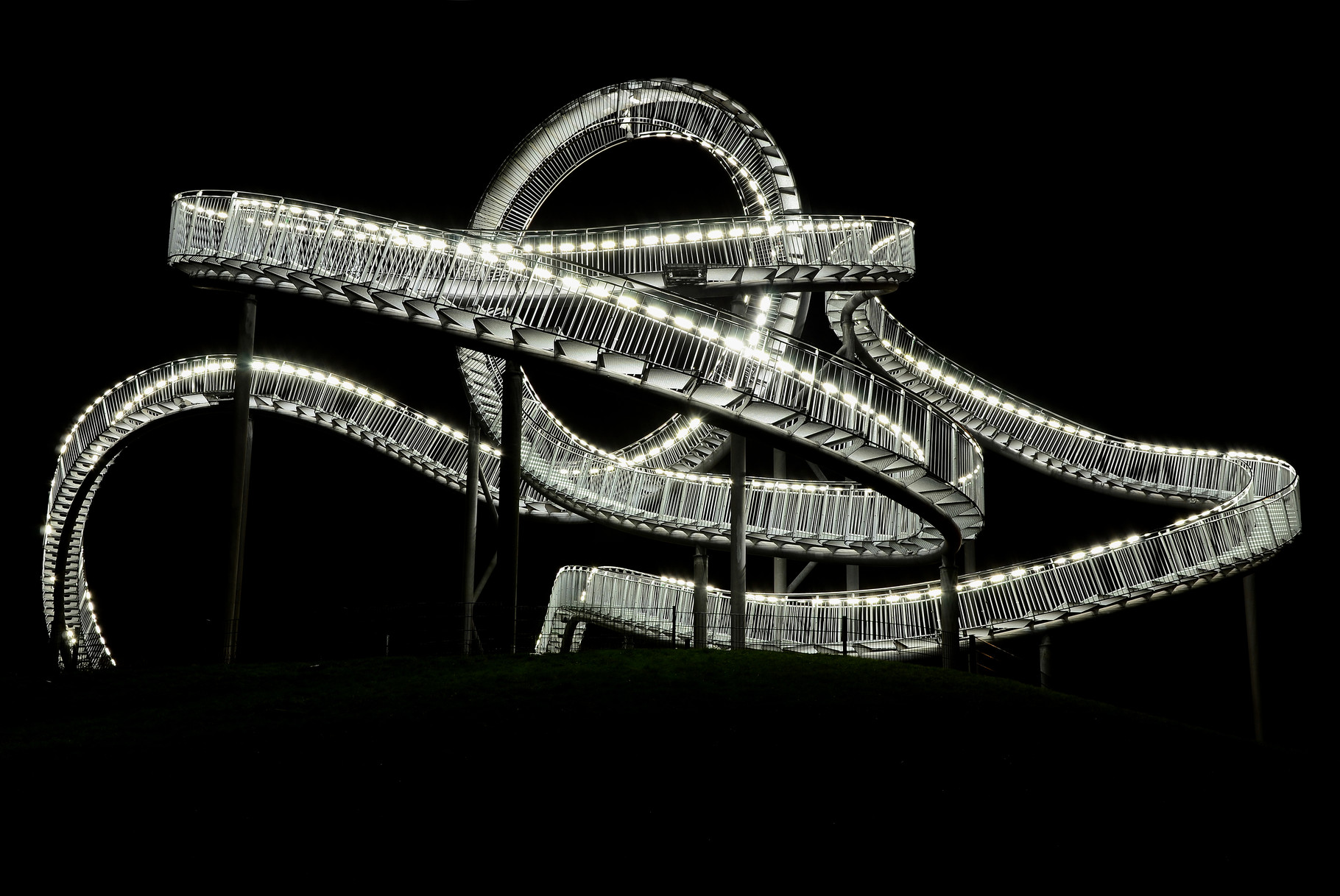