In total more than 400.000 enthusiast visited Payerne, to eyewitness one of the most impressive dynamic flying program in the 2014 airshow season. I've spent both weekends at Switzerland to "join the party" and as well to take as many pictures of the Swiss Air Force, as even possible. Though I've decided to visit Emmen, Home of the Patrouille Suisse and PC-7 Team, on Sunday the 07th September 2014, to photograph some of the external assets of the flying program of Air14. Two participants of the flying program arrived in the early morning hours: Mirage IIIDS, R-2012 with civ. reg. HB-RDF, as well as Hawker T.68, J-4203 with civ. reg. HB-RVW; both part of the Heritage Fly Past.

A few others, like the F/A-18 Hornet, F-5 Tiger II and various turboprob engine aircraft already where temporarily deployed at Emmen Air Base. 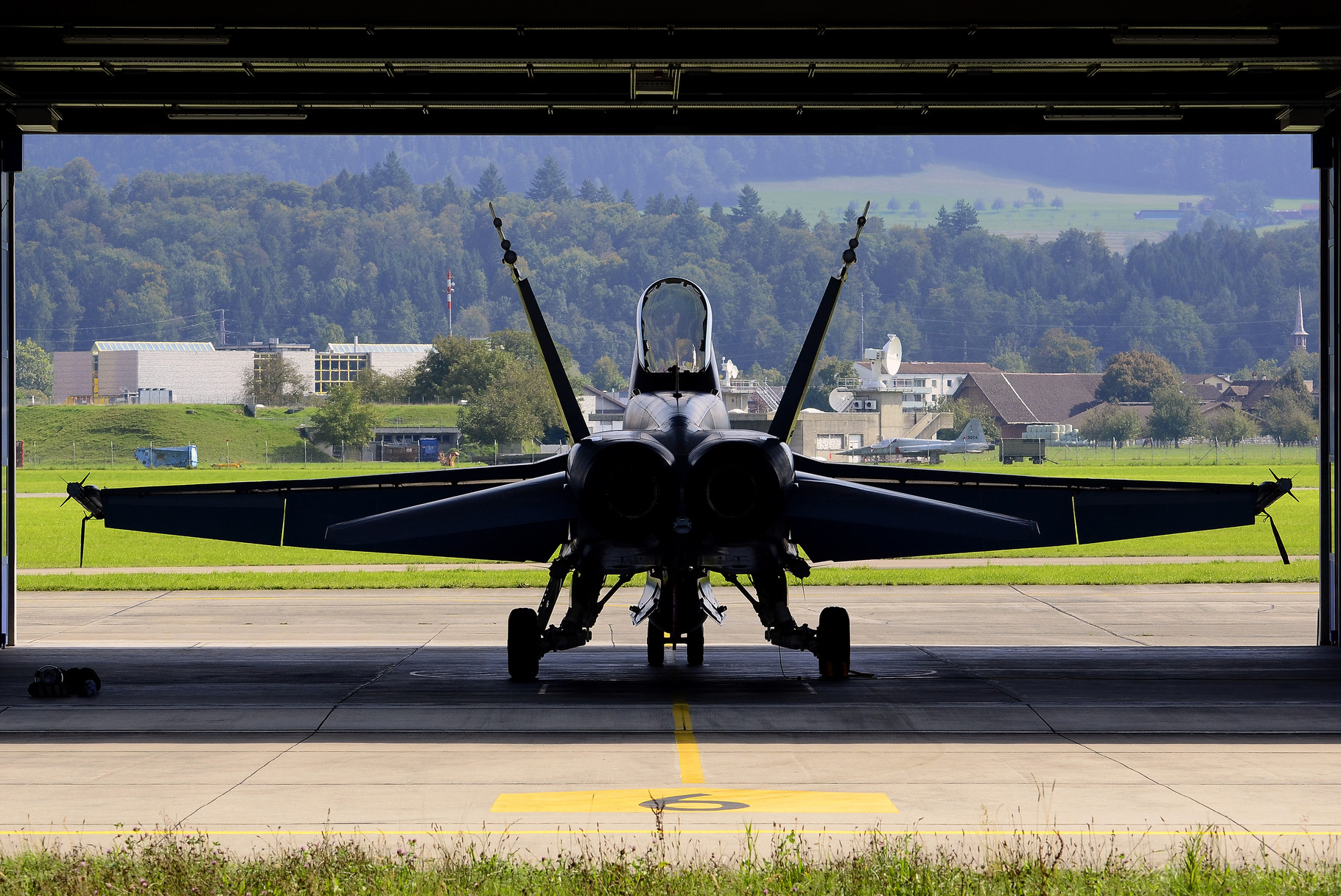 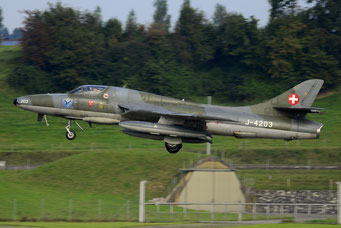 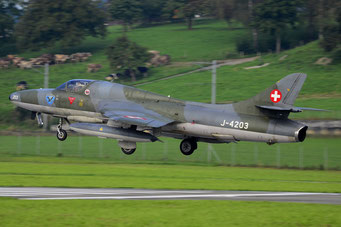 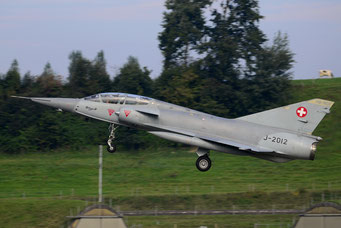 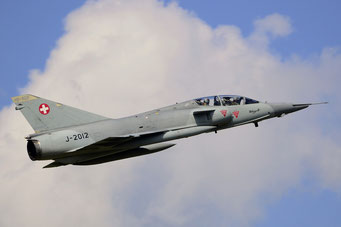 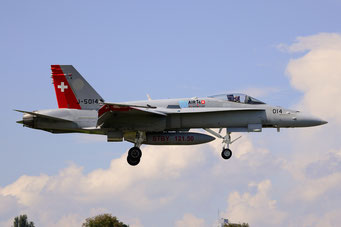 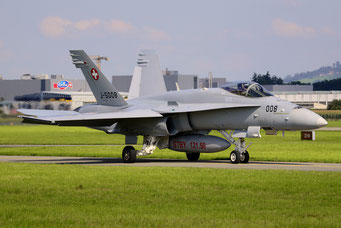 On Friday the 05th, Swiss authorities announced a "special surprise" for the grande final of Air14 on Sunday, the 07th. Luckily some "detailed information" popped up on Saturday, of what to be expected: not less than 24x Tiger F-5E forming the shape of a "100" into the swiss sky.

Unfortunately nobody really knew, from where all those aircraft were scheduled to participate in the Fly By, so it was a bit of a gamble to drive to Emmen, in the hope to catch at least a handful of Swiss Tiger F-5E. 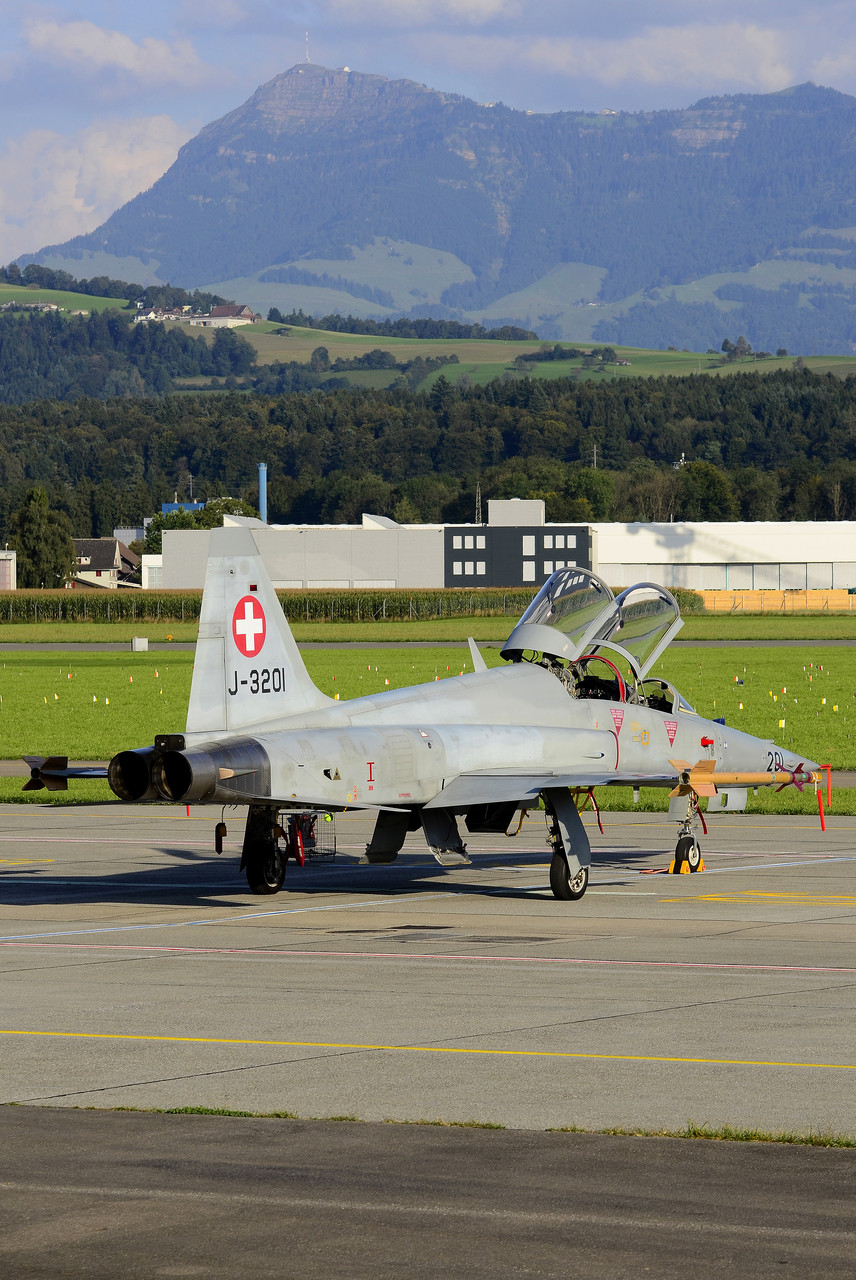 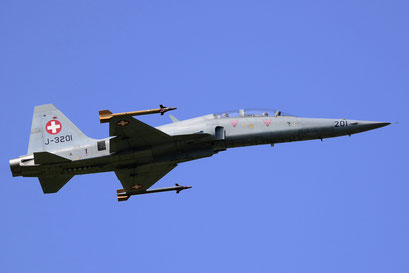 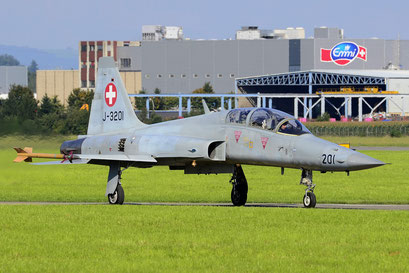 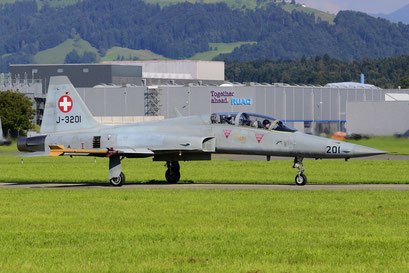 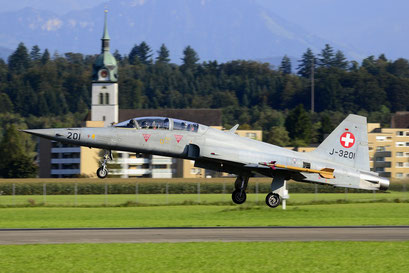 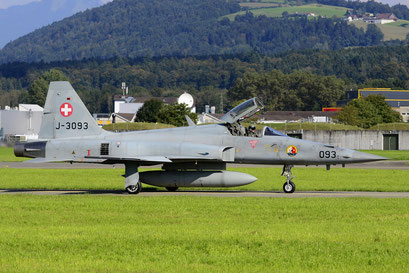 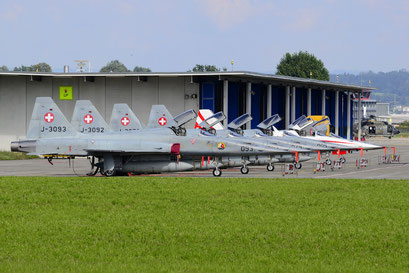 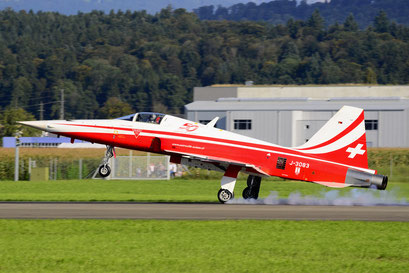 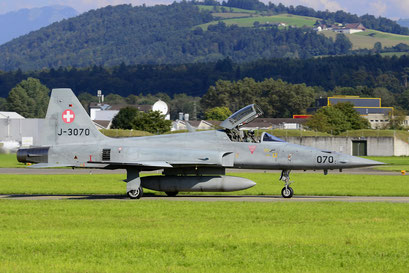 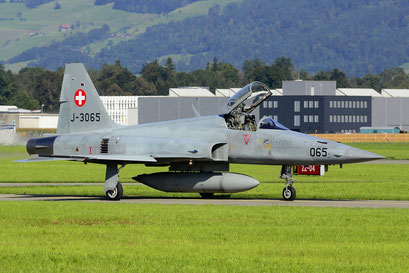 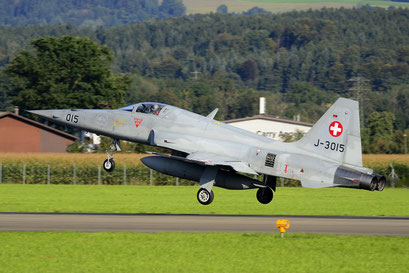 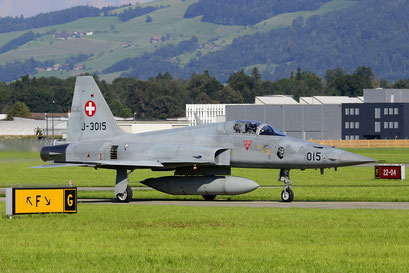 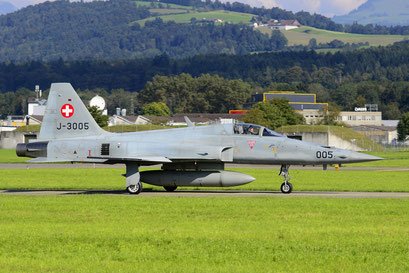 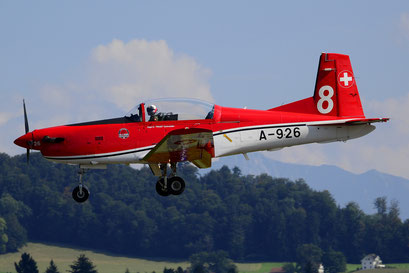 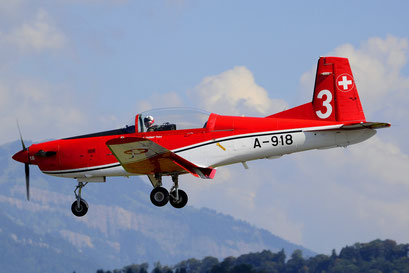 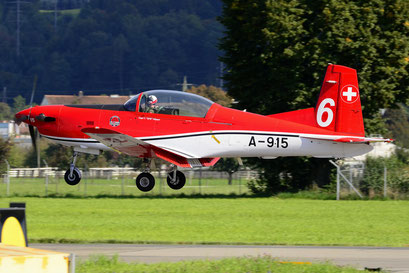 But what could I say: Game, Set, Match........... In total 16 different Tiger F-5E where active in-/ outbound of Emmen on that Sunday and finally the Patrouille Suisse and the PC-7 Team arrived back home from Payerne, as well.