On December 12th, a small group of about ten international photographers had the opportunity to have a meet and greet at the Belgian Air Force Base Kleine-Brogel (EBBL). Luckily I was able to join this group, to have my first Sunset-/ Nightshooting. Our main goal was to capture the three resident special coloured F-16AM/ F-16BM Fighting Falcon: FA110 "spec. c/s 70 years 349th Sm.", FB24 "spec. c/s 25 years OCU" and FA106 "spec. c/s NTM tail.

Starting at around 1530lt., we first had the opportunity to take some nice shots of FA110 and FB24 during sunset (FA106 later made a very short appearance, on it's way to Maintenance, as well), while finishing with a almost perfect "blue hour". 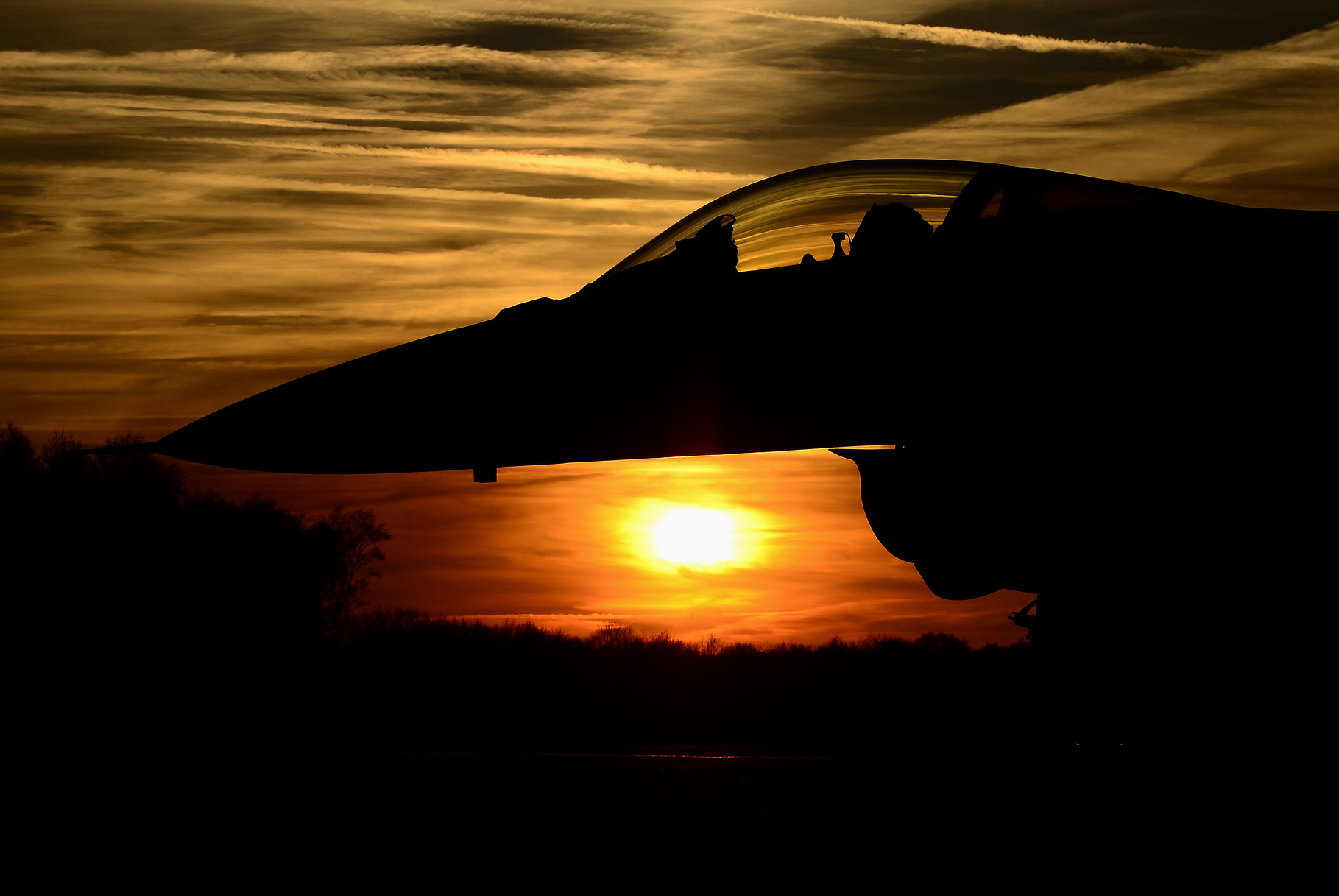 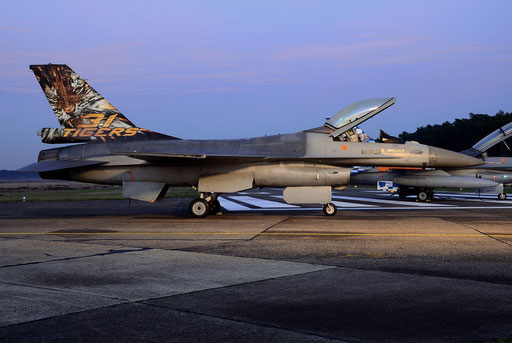 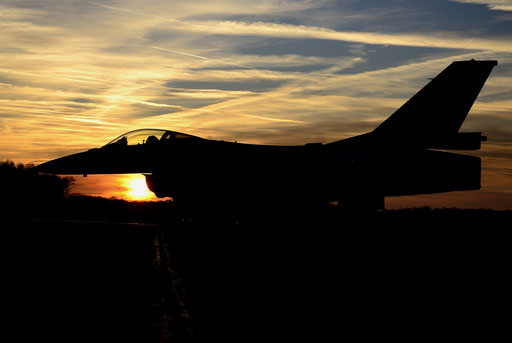 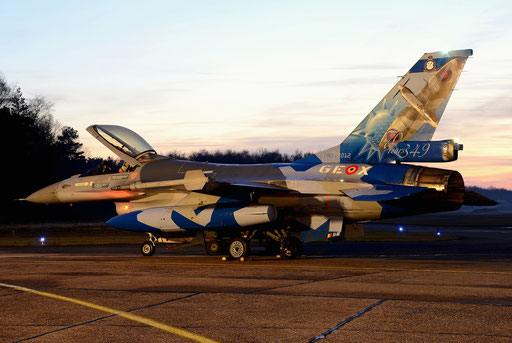 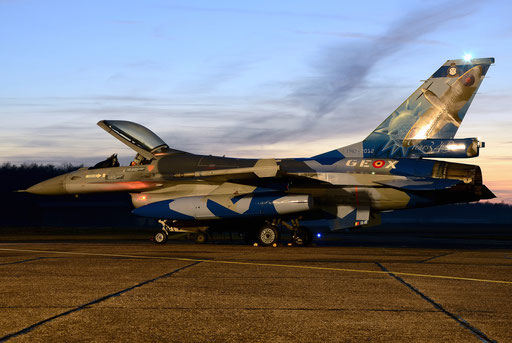 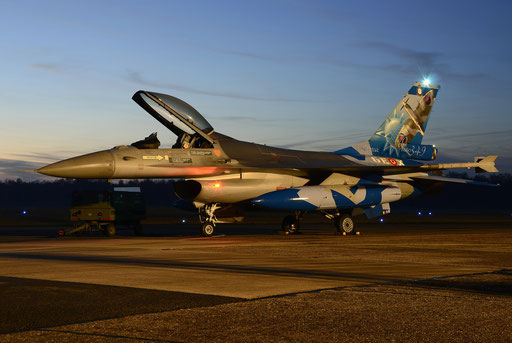 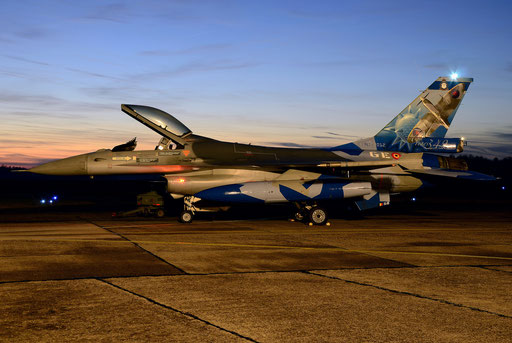 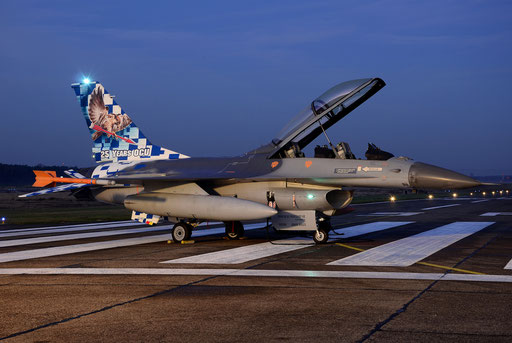 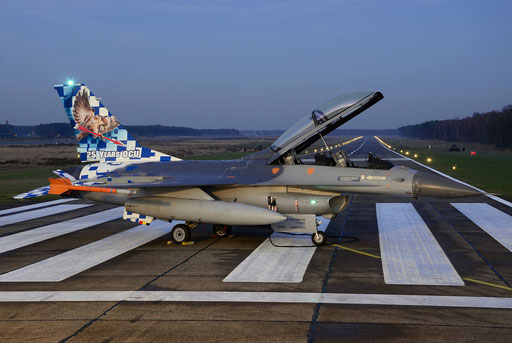